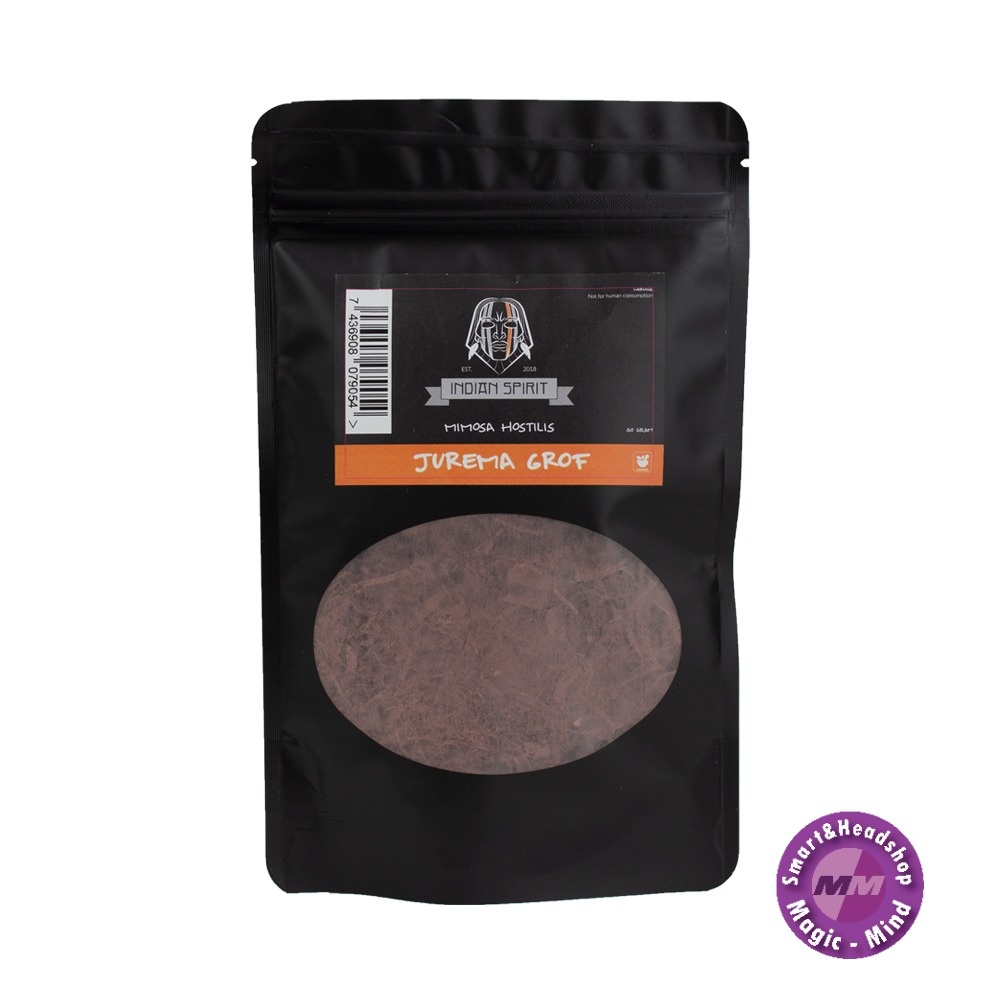 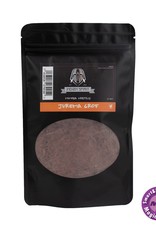 Mimosa hostilis, also known as Mimosa tenuiflora or Jurema, is a perennial shrub native to the northeastern region of Brazil and found as far north as southern Mexico. It can reach a height of 8 m and grows most in the first five years, when it can reach 4–5 m. The main active ingredient in Mimosa hostilis is DMT (dimethyltryptamine). Our Mimosa hostilis root bark has a DMT content of approximately 1%.

The root bark of Mimosa hostilis plays an interesting role in the history and present of psychedelic shamanism, and is widely used in making analogous ayahuasca (anahuasca). Anahuasca is the term used for any brew with a similar psychopharmacology (one MAO inhibitory plant, one DMT bearing plant) as ayahuasca.

Most DMT-containing plants would not be psychoactive if used alone because the DMT would be deactivated by your body's naturally occurring enzymes (MAO enzymes) before entering your bloodstream. The MAO-inhibiting component of ayahuasca changes that and allows the DMT to cross your blood-brain barrier. Mimosa hostilis is the only known DMT-containing plant that can also be used in an orally ingested brew that, without the aid of an MAO-inhibiting plant, induces visionary experiences similar to ayahuasca.

The effects of Mimosa hostilis have been compared to those of a low dose of LSD or psilocybin mushrooms. Users have reported changes in their perception of reality and different visions, often with themselves. When using Mimosa hostilis with an MAO-inhibiting plant, these effects can last much stronger and longer. Don't underestimate how overwhelming the experience can be and always start with a low dose if you are new to anahuasca or psychedelics in general.

When you take anahuasca tea, it usually starts to take effect about thirty minutes after consumption. The visions you experience usually peak at the first hour and last four to six hours.

To make a psychoactive concoction from only Mimosa hostilis, put 30 grams (or, if you are a beginner, 15 grams) of root bark powder in 150 ml of cold water for an hour, stirring a few times. Filter out the Mimosa but keep the liquid and repeat this process with the same powder. Then combine the two liquids and drink them on an empty stomach.

To make anahuasca, Mimosa hostilis is usually powdered and made into a hot water infusion by boiling it for one and a half to four hours. In most anahuasca recipes, 5 grams is a low dose, 10 a normal dose, and 15 grams a high dose. This is drunk 15 to 60 minutes after taking 3 to 4 grams of Peganum harmala or 50 to 150 grams of Banisteriopsis caapi.