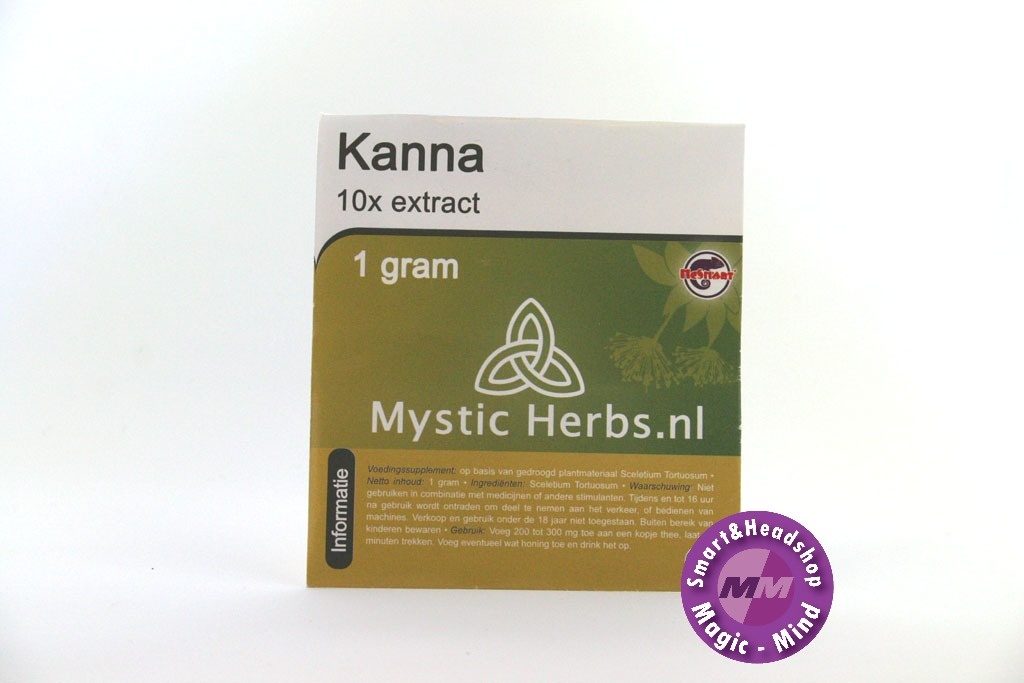 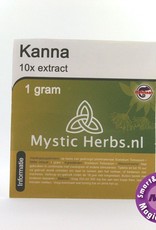 Kanna is the herb of a South African succulent plant. Kanna has an uplifting and relaxing effect and gives a blissful feeling. Kanna reduces anxiety and improves mood. In a higher dose it creates a euphoric feeling and a more intensive connection with the environment. Some users experience an increased sensitivity to touch and an increase in libido.

The versatile Kanna has been used as a stimulant since prehistoric times by the hunters in the area that is now called South Africa. Back then, the leaves, roots and trunk were mainly chewed, which you can imitate by combining it with chewing gum.

Kanna has a slightly stimulating effect at first. This gradually turns into relaxation. The speed at which this happens and the other effects depend on how it is used. Kanna can also be combined well, for example alcohol, which can enhance the effects.