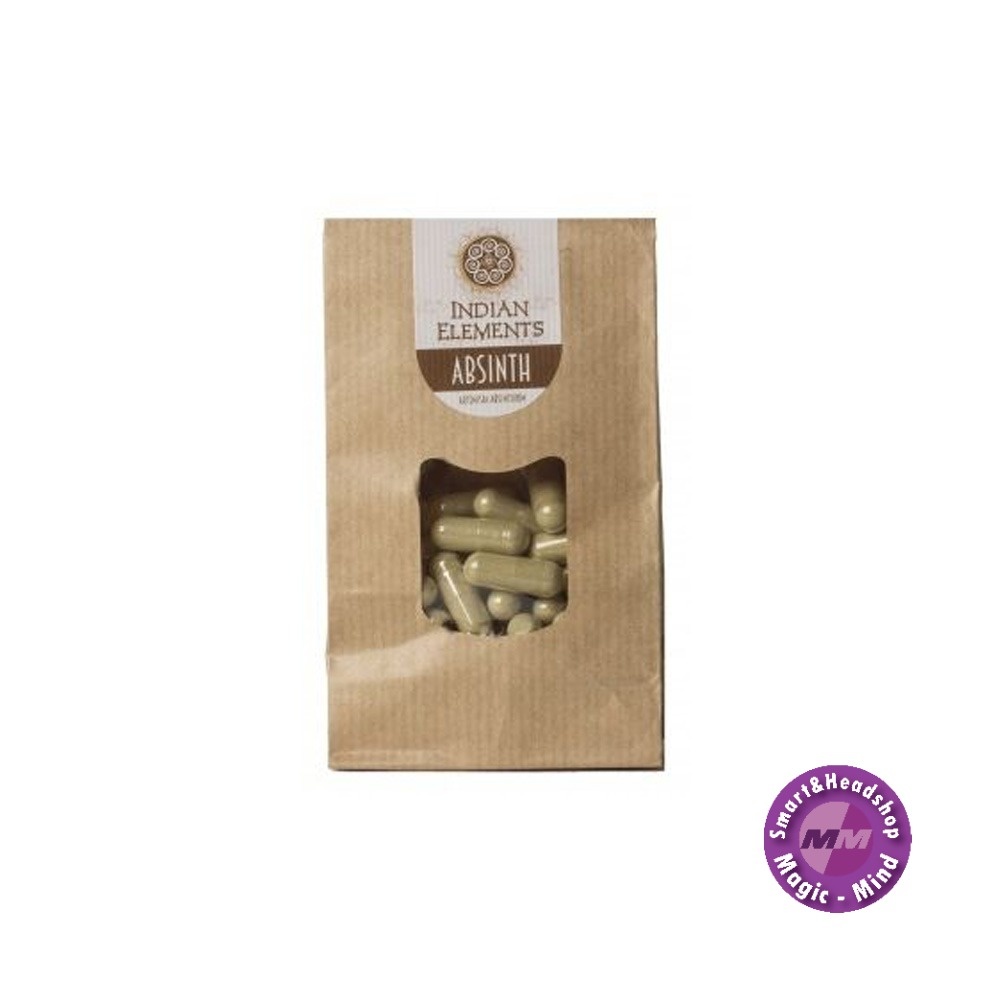 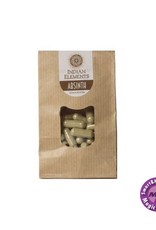 Absinth can give a feeling of peace and tranquility. In combination with alcohol, or in large amounts, Absinth can result in hallucinations.

Absinthe wormwood (Artemisia absinthium) is a plant of the composite family (Asteraceae). The species is on the Dutch Red List of Plants as quite rare and moderately declined. It is a perennial that occurs naturally in the temperate regions of Europe, Asia and North Africa. The genus name Artemisia is derived from the Greek goddess Artemis and absinthium means "displeasure" in Ancient Greek. The plant is known as one of the bitterest tasting culinary herbs.

Traditionally, the buds of wormwood have medicinal properties. The bitter extract of these buds is an important component of the vermouth and (classic) absinthe drinks. The flavorings that play a role in this are absinthine and the menthol-smelling terpene thujone.

Take 2 capsules at a time with a glass of water.