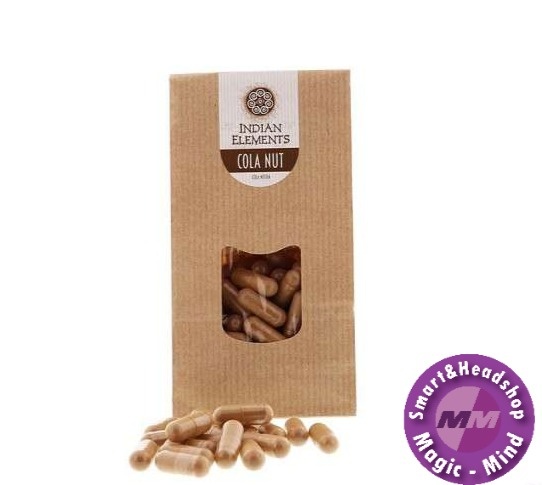 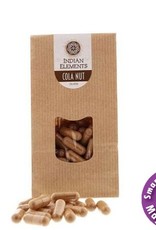 Cola nut capsules come from the seed of a tree that will usually belong to Cola acuminata. The kola nut is best known for being used (and perhaps still is) in Coca-Cola.

The cola nut capsules have a somewhat bitter taste and contain caffeine. It is used for its stimulating properties and its ability to induce feelings of euphoria. It promotes alertness, the feeling of cheerfulness, an improvement in mood, sensitivity to touch, the suppression of the hunger and in some cases the kola nut acts as an aphrodisiac. Its effects are comparable to other xanthine-containing herbs such as cocoa, tea, coffee, guarana and yerba mate. However, the feeling of euphoria and well-being is slightly stronger when using the kola nut. It also has a stimulating effect in the nervous system and heart when used.

Animal studies have shown that cola nut capsules also have a fat-burning function and promote the excretion of gastric juices. After use, there is a slightly increased heart rate in the human body. Long-term use can lead to an increased heart rate, increased blood pressure and increased sweating. The effects can remain for up to six hours after ingestion.

African Muslims use the nut as a substitute for alcohol. Another use of the kola nut is to treat people with asthma. The caffeine causes the airways to open wider, which makes breathing easier.

Take 2 capsules at a time with a glass of water.