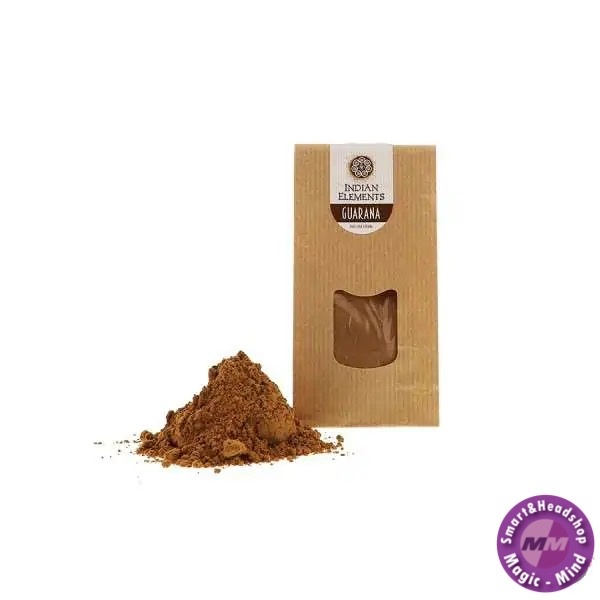 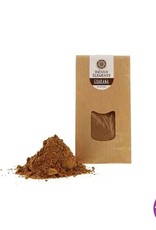 Guarana is well known as a component of energy drinks and energy pills. The guarana herb (Paulinnia cupana) comes from the Brazilian tropical rainforests. Many Indian tribes use it as a stimulant during hunting, for example. They dissolve the guarana in water or bake bread from it. The absorption of caffeine in the guarana is better and more evenly absorbed by the body than regular caffeine. A cup of Guarana tea is about 4 times stronger than coffee.

Guarana has characteristics similar to coffee. Guarana provides more energy and can provide a nice boost.

The Guarana herb can also limit or reduce the sleep requirement. The effect of guarana is provided in conjunction with other energy-boosting products such as regular caffeine and taurine. The guarana herb is also used as an aphrodisiac by some Indians from the Amazon region.

Dissolve the Guarana powder in hot water, coffee, tea, warm milk or other drink like a smoothie.

Guarana is the strongest of the caffeine-like substances. Guarana has about 4.2% caffeine in it, as well as other ingredients such as guaranine, theophylline and theobromine. The latter is a relaxing substance that you also find in tea and prevents the nervous feeling that only caffeine can cause. In addition, Guarana also contains calcium, tannic acid, magnesium, fiber, minerals, essential amino acids and carbohydrates.

To assess the effect, it is best to first drink 1 drink and wait for the effect. After that, you can gradually try more drinks. The caffeine present in Guarana can potentially cause insomnia, nervousness, palpitations or irritation. Do not use guarana if you are breastfeeding or pregnant. Not for persons under the age of 18. Keep out of reach of children.