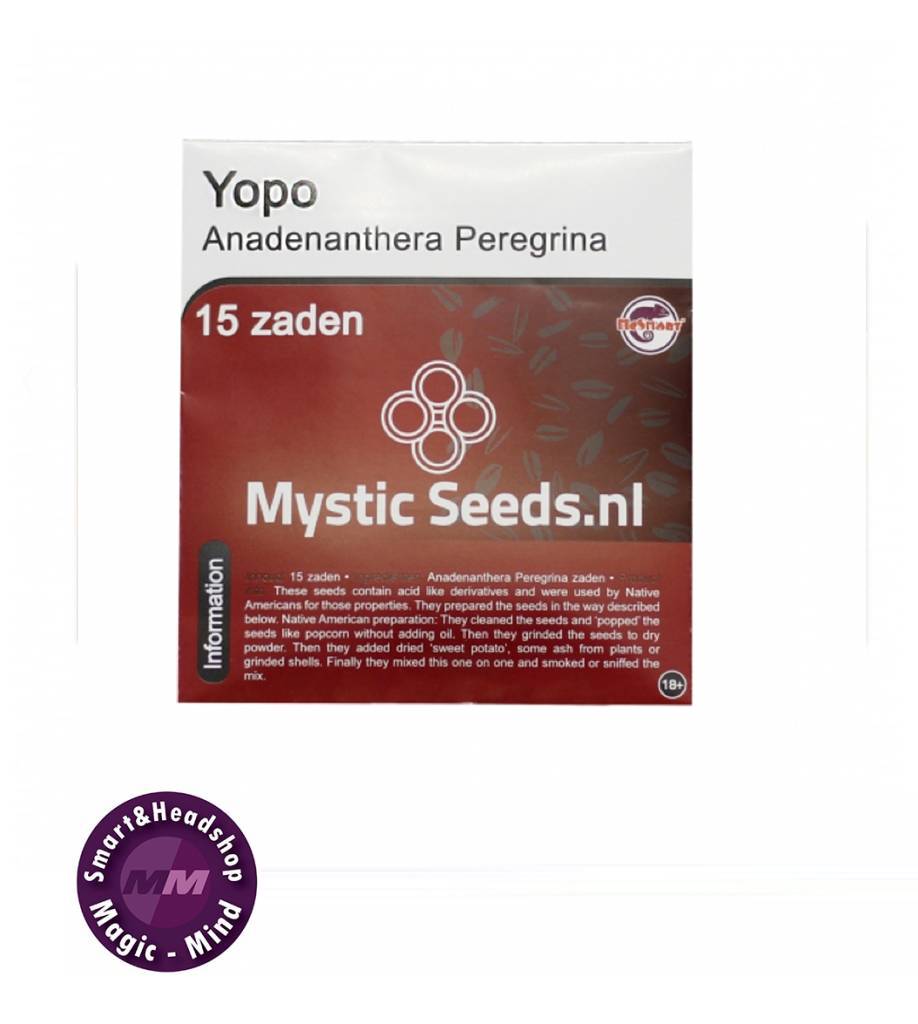 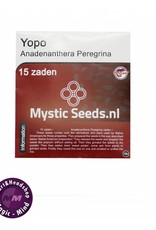 Yopo, Anadenanthera peregrina and Piptadenia peregrina are different names for the same plant, which has a rich ethnobotanical history. The use of yopo, often confused with cebil, is well documented and involves at least 55 indigenous tribes.

Note that user experiences of both yopo and cebil are rarely precise and correct in describing their ingredients. Many people are unaware of the differences in the chemistry of the seeds of the two different species.

Although yopo is administered orally or sometimes even rectally, most people use it parenterally (through the nose). When snorted, yopo puts a lot of pressure on the body for most users. Dizziness, vomiting, and headaches are common, especially with dosages greater than 3 seeds. Many users report reaching a dream-like state or experiencing a psychedelic experience. It takes about 15 minutes, with some slight effects that last for about 2 to 45 minutes.

In order to be absorbed by the body, the seeds must be processed before use:

When fresh seeds are heated for about 20 to 30 minutes, they swell and then pop. A small pan with a lid is ideal. After the seeds pop, remove the outer part of the seeds.

The inner part of the seed is then ground to a powder and mixed with calcium hydroxide and baking powder. A small amount of water is added to the mixture to make a paste.

Mix the pasta well and then put it in a saucepan over a low flame to evaporate the water from the pasta. When the paste has turned into a powder, use a mortar or coffee grinder to grind the mixture into a fine powder that can be sniffed.

The reason why cebil or yopo snuff is sometimes blown in the nose by someone else is that it is not pleasant to the touch. An assistant can blow a greater amount of the agent into the nasal cavity than the user could sniff out himself.

You can make your own inhalation tube with a hollow plant stem or other thin tube. If you can get over the nose irritation and nausea, Yopo usually gives a pleasant experience.

First, try an amount of powder that corresponds to about one seed and see how it works. Have a sober sitter nearby. Intake of three to four seeds provides a stimulating effect of twenty to forty minutes, followed by a calm period during which hallucinations are usually experienced.

Dosages of 3 to 5 seeds have been shown to have a psychedelic effect on many users. Dosages of more than 5 seeds are very high and uncomfortable for most. 1 sachet contains approximately 40 to 50 seeds.

This is one of the more experimental herbs available. People interested in a DMT experience rather than trying a particular shamanic method (sniffing) should turn to the established DMT sources, such as Psychotria viridis or Mimosa hostilis.