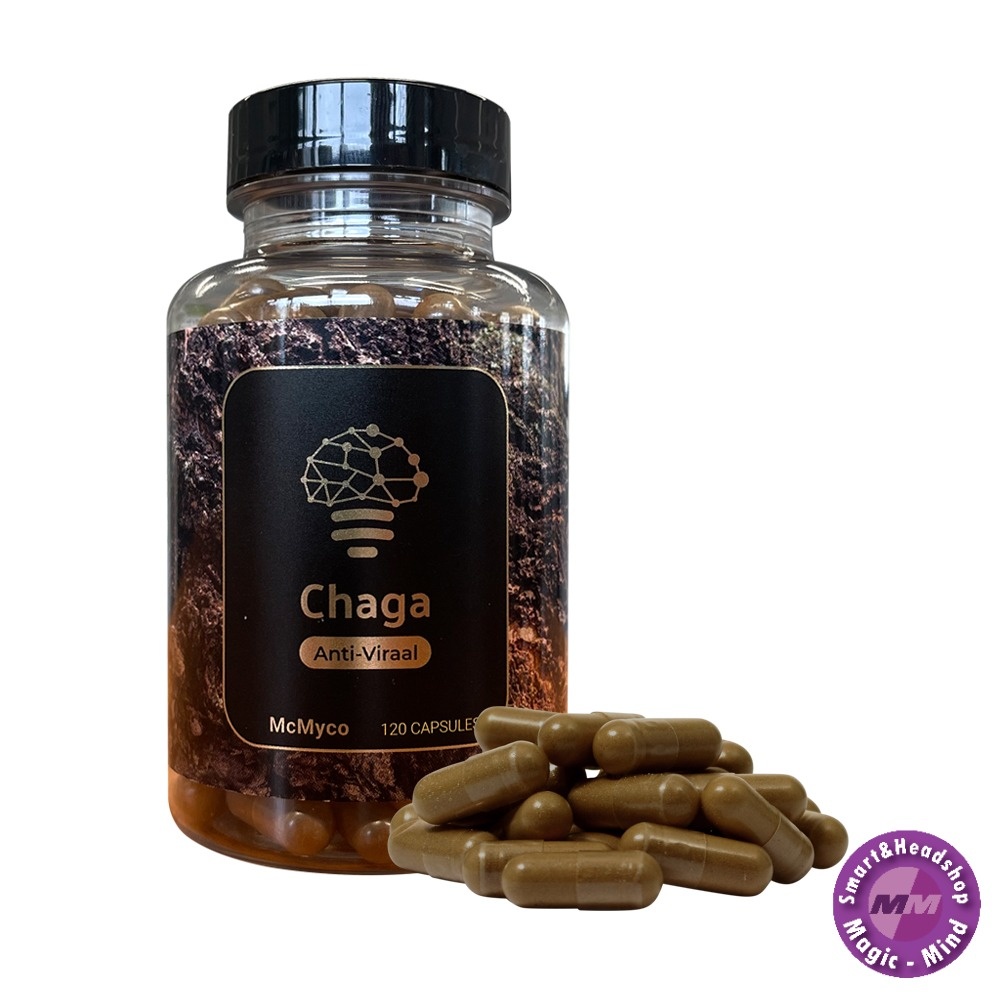 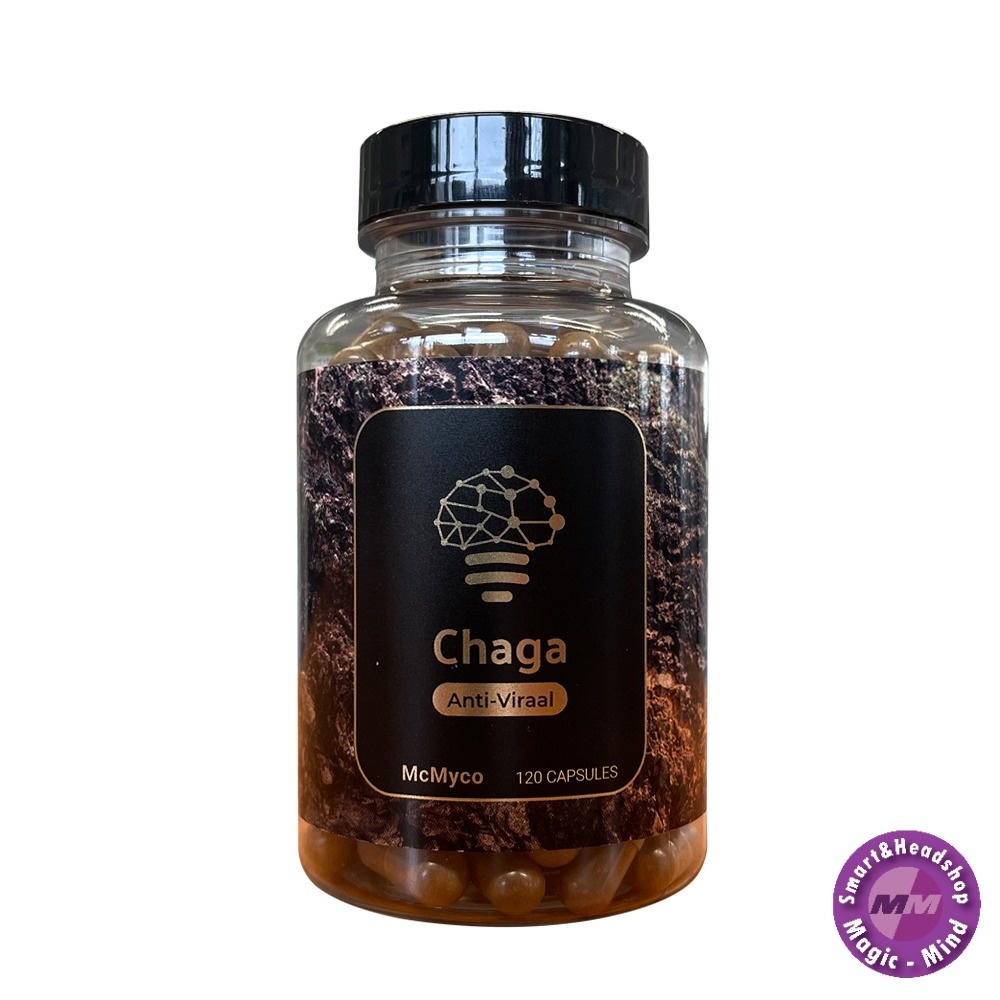 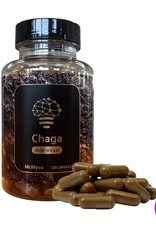 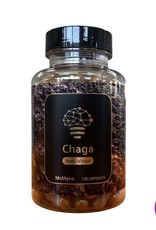 Dosage: Take 1 capsule twice a day with water during the meal.

Dutch name (s): The diamond of the forest, Berkenweerschijnzwam

Chaga (Inonotus Obliquus) also called the diamond of the forest, can support viruses, is a very strong anti-oxidant and a lot of research has been done into the effect of Chaga against certain types of cancer. Chaga is often used to get a balance in the immune system, this is partly due to the following substances: betulinic acids, ergosterol, fecosterol and epsterol.

Ingredients per vegetarian capsule: 400 mg organic Chaga (inonotus obliquus) extract from 100% fruit body (sclerotia). It is a full spectrum extract obtained by means of H2O and ethanol. This is to get the most out of the fruiting bodies. It contains 35% polysaccharides, betulin, betulinic acid and sterols.

- The substances from the Chaga fungus can have a powerful effect against cancer cells.

- Due to the many antioxidants that the Chaga contains, it can slow down the natural process of aging.

- Decrease in the complaints of psoriasis.

- Building an overall stronger immune system, which could reduce the risk of viral infections.

Mushrooms and the pharmacological interaction in humans; Here the polysaccharides and beta-glucans play an important role. Essential for the human immune system.

The polysaccharides can be directly absorbed by a number of immune receptors in your body. At other receptors, the polysaccharide has to be cut into smaller pieces, as it were. You then call these pieces beta-glucans. Your body is able to do this.

These substances increase the so-called cytotoxic immune system. Not only against infected cells and pathogens, but can also against cancer cells. Polysaccharides can also improve your immune system and fight chronic conditions. Such as autoimmune diseases, cancer and inflammation.

Not all polysaccharides (linked sugars) are the same. Our body needs sugars to meet its energy needs. Therefore, our body can absorb alphapolysaccharides very easily. These alphapolysaccharides are found in plants and can be quickly digested and absorbed. These sugar chains are linked together at the first and the fourth place of the sugar molecule. In this way polysaccharides are formed. In mushrooms, the polysaccharides are linked at the first and third place of the sugar molecule. In addition, side chains are formed by one in the sixth position of the molecule. In this way, a more complex polysaccharide is created. This is therefore not immediately digested and used as energy in our body. But it is only absorbed by our body and or broken down into beta-glucans much later. This puts them in a different phase of the digestion process so that they can realize their release at the cellular level. Also go to: www.mcmyco.com Warning: Keep out of the reach of children. Consult your doctor before use if you are pregnant, breastfeeding or have health problems. This is a dietary supplement and should be used as such.