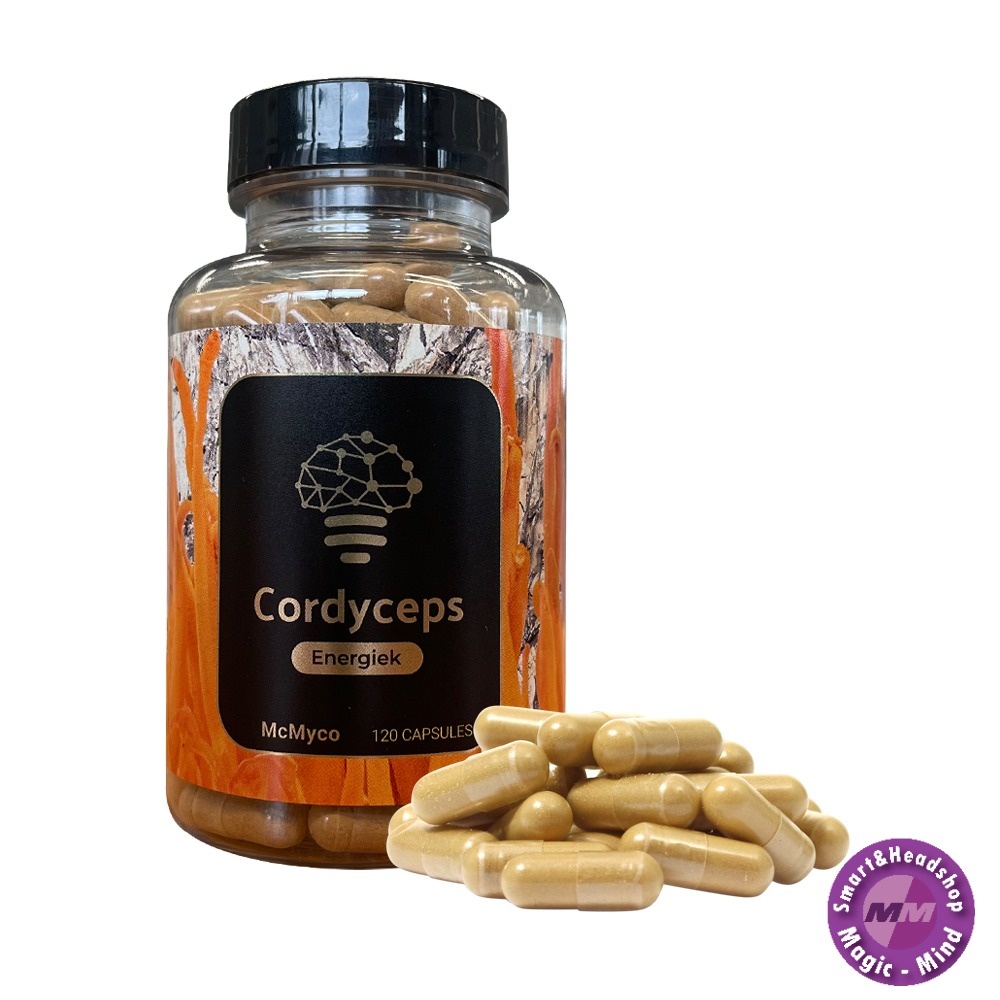 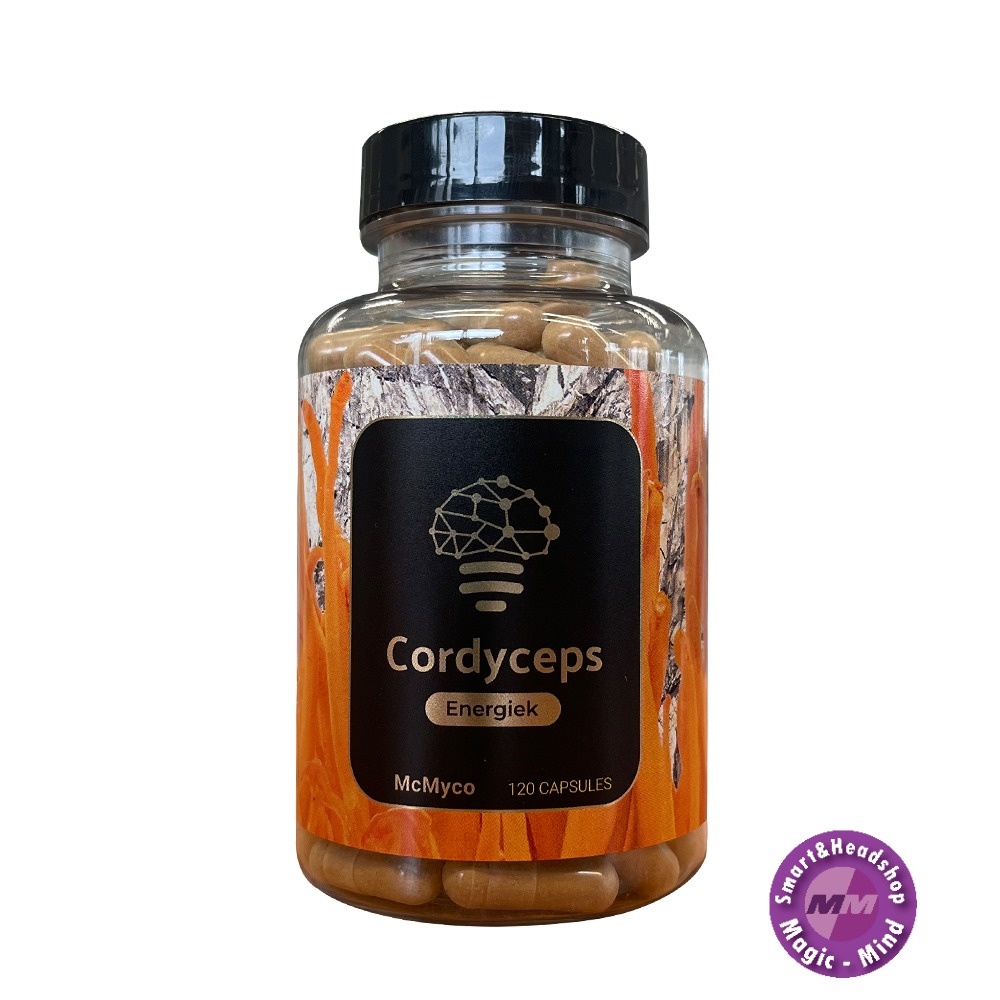 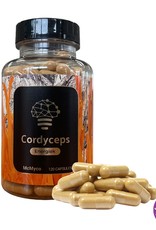 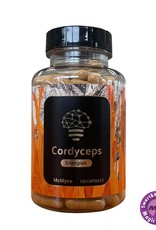 Dosage: Take 1 capsule twice a day with water during the meal.

Cordyceps (Militaris) also called caterpillar mushroom, promotes endurance, oxygen absorption and a healthy metabolism. Because the oxygen uptake improves when using the Cordyceps, the transport in the blood will increase.

Ingredients per vegetarian capsule: 400 mg organic cordyceps militaris extract from 100% fruit body (mushroom). It is a full spectrum extract obtained by means of H2O and ethanol. This is to get the most out of the fruiting bodies. It contains 30% polysaccharides, beta-glucans and cordycipin

- Taking the Cordyceps for a longer period of time can counteract fatigue or even chronic fatigue.

- By stimulating the production of certain hormones such as testosterone, the Cordyceps can contribute to an increased libido.

- Can help with cardiovascular disease because Cordyceps can lower blood pressure and cholesterol.

- Cordyceps can have an anti-inflammatory effect.

- The release of insulin and thereby help to maintain blood sugar levels.

Additional information: Mushrooms and the pharmacological interaction in humans; Here the polysaccharides and beta-glucans play an important role. Essential for the human immune system.

You then call these pieces beta-glucans. Your body is able to do this. These substances increase the so-called cytotoxic immune system. Not only against infected cells and pathogens, but can also against cancer cells. Polysaccharides can also improve your immune system and fight chronic conditions. Such as autoimmune diseases, cancer and inflammation.

Keep out of reach of children.

Consult your doctor before use if you are pregnant, breastfeeding or have health problems.

This is a dietary supplement and should be used as such.